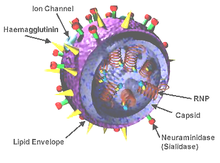 Why are children dying? More than 30 million children are unimmunized either because vaccines are unavailable, because health services are poorly provided or inaccessible, or because families are uninformed or misinformed about when and why to bring their children for immunization.

These children die because they are poor, they do not have access to routine immunization or health services, their diets lack sufficient vitamin A and other essential micronutrients, and they live in circumstances that allow pathogens disease-causing organisms to thrive. The possibility that children will become seriously ill or die depends largely on whether their immune systems can fight off infections.

Malnutrition, combined with unsanitary or crowded conditions, makes them extremely vulnerable. Measles, for instance, rarely kills in industrial countries but can cause up to 40 per cent mortality among infected children in dire and overcrowded situations which may occur following earthquakes, floods or when populations are displaced by conflict.

Those that survive may suffer blindness, deafness or brain damage. Tetanus can infect newborns if the umbilical cord is cut with unsterile instruments or the incision treated with contaminated dressings. In acute respiratory infections such as diphtheria or pertussis, bacteria can attack the lungs or bronchial tubes, causing chronic coughs, pneumonia and breathing difficulties.

They are malnourished; they suffer from a variety of illnesses. If they have a bout of measles, the fatality rates will be high. Polio, a viral infection of the nervous system, can cause crippling paralysis within hours.

Significant progress has been made towards eradicating the disease, but it remains a serious threat to children in areas where the wild poliovirus still circulates. Haemophilus influenzae type b Hibprevalent mainly in developing countries, is estimated to cause approximately 3 million cases of serious disease and kills aboutchildren every year.

Most children die from pneumonia and a minority from meningitis. Despite gradual uptake of the Hib vaccine in developing countries, inonly one in five children worldwide were immunized against Hib during the first year of life. Rotavirus, a pervasive wheel-shaped virus, is a leading cause of severe diarrhoea in infants and young children, particularly in the developing world.

Currently, there is no vaccine approved for the disease, which killschildren under five each year. Yellow fever, a viral disease that occurs primarily in tropical and subtropical areas of Africa and South America, kills 30, each year. The virus is transmitted most often through the bite of the female Aedes aegypti mosquito.

Once controlled fairly well by widespread vaccination and mosquito control, the disease is making a comeback and outbreaks are becoming more frequent. The parasitic disease malaria is responsible for a staggering number of deaths - over one million a year - the majority children under five.

A child dies every 30 seconds from malaria, many in just days after infection. Pregnant women infected with malaria can give birth to underweight babies who are then vulnerable to other diseases.PATH's Vaccine Resource Library (VRL) gathers top immunization resources in a single website.

The VRL offers high-quality, scientifically accurate materials on specific diseases and topics in immunization addressed by PATH's work. standing orders for. obtaining permission from I. Administering.

The disease can be treated with antibiotics. Haemophilus influenzae type b (Hib). Complications of disease. Blood infection (septicaemia) Meningitis, especially in children less than two years of age, % of survivors have long term nerve damage, death in 5% despite treatment.